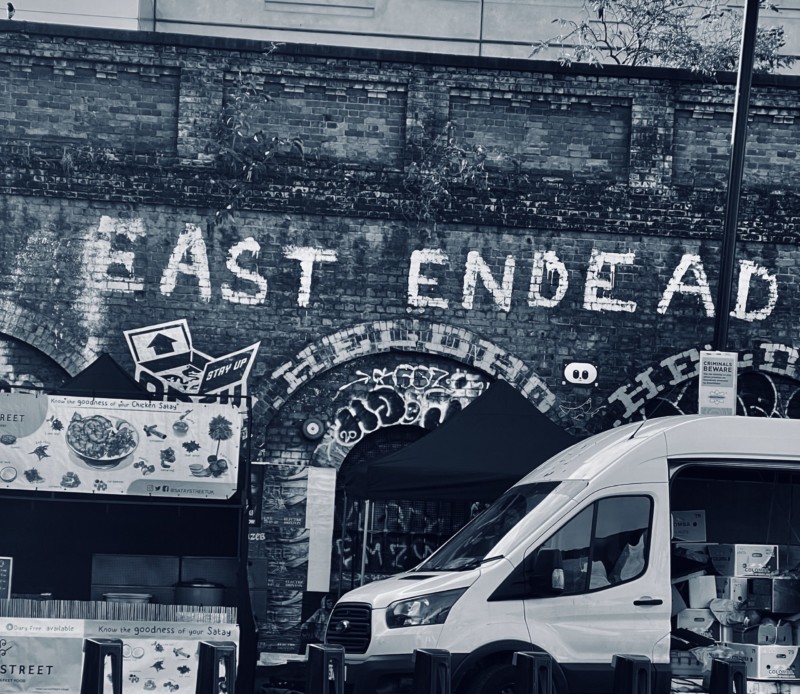 The title might sound like a zombie book set in London’s East End. Hang on. Think I’ve found my next title. But I digress.

I’ve just returned home from MCM ComicCon London 2021. And it was a gas! Whilst not my first ComicCon, it was my first as an invited panel speaker with three other authors of note. All thanks go to Black Crow PR, led by the irreplaceable Jamie-Lee Nardone, for getting me there, and shepherding me once I arrived. For a Gothic horror writer, there’s no bespoke PR firm better than Black Crow. The panel included legendary horror writer Kim Newman of Anno Dracula fame and Diogenes Club series. I admit these short stories to be my most favourite. My other colleagues were Tiffani Angus, author of the beautifully layered Threading the Labyrinth, and Verity Holloway, author of the sublime Beauty Secrets of the Martyrs. The topic for discussion was — quite appropriately— how to scare people. I enjoyed my colleagues, their thoughts, the venue, and the colourful array of audience members, immensely! I felt honoured to be there.

So then, just before the panel discussion began, I was sitting outside on the green room’s terrace overlooking the old Royal Victoria Docks and I got to thinking: ‘My dad and grandad wouldn’t believe it.’ I wasn’t referring to them not believing I was a published author on a guest panel at ComiCon. What they wouldn’t believe was what had become of the East End. Their East End. You see my forefathers hailed from the glory (and often gory) that was Dagenham and Elephant & Castle. Gloriously working class and hard-as-you-like-it, from an age when to be working class was something to be proud of, but also something to aspire to be greater than. The East End of London wasn’t just working class. Parts of it were a downright den of iniquity. A loo where were flushed human detritus. Often overlooked, these sad forgotten miscreants ended up drunk,  chasing the dragon, in debtors prison or dead from misadventure. Elephant & Castle, Limehouse, Canary Wharf, Spitalfields, Shoreditch and Whitechapel were notorious for their villainy and buggery.

Before the East End was fashionable for its boys bangin’ on with West End Girls (You’re welcome Pet Shop Boys), dreadful things occurred there. Life wasn’t worth a tuppence- women sold flowers or themselves to make enough for a bed in boarding house where they were kicked out at daybreak. Sometimes they fell victim to their punters. Whitechapel is notable for Jack the Ripper and as recently as the early 1980’s it wasn’t hard to see the bleakness creating such horrors in its intact warrens of alleys and  back passages (no pun intended to those of you with a filthy min).

On this occasion I decided I ought stay near enough to the ExCel Centre where ComicCon takes place. As an Every House member of Soho House I was able to stay at their charming Redchurch Townhouse on Whitby in Shoreditch.

Yupe. Dad would not be amused. As it turned it out, Shoreditch, like the rest of the East End, is nothing like I remember it the last time I walked its rabbit warren of streets. Think back to when Bob Geldof wore padded shoulders in his Willie Wear dinner jacket and enjoyed having a piss take at Thatcher’s expense.

I took a tab down Shoreditch High Street on a typically bracing, albeit sunny, late October London day. From the moment I turned off Bethnal Green Road (another street my father would’ve been aghast to hear me make mention) I thought I was in Jersey City not East London. Although Shoreditch is just north of Spitalfields and Whitechapel where the brutal Ripper murders took place, I was hard pressed to recognise any of it. In every direction I looked, the skyline was dominated by modern and towering construction.

Some of it fantastical.

Some of it a bit shit.

Seemed progress had finished off what the German Blitz had begun in 1940.

Pleased to see a few of the old corner markets I remember as a child where I’d snag a VIZ or tube of Smarties.

It all looked too polished. Too tidy. Too artificial. Where were the pubs and chip shops? Where was Brick Lane, where an acrylic jumper was had for a fiver?  Were were all those blood soaked back alleys where villainy lurked? Promise some of it is still there. But you must go and look for it these days.

“East Endead” said the white graffiti on the old train overpass along Bethnal Green Road. Those who remember the murderous — yet sartorial and half gay Kray Brothers know all about Bethnal Green. Is the East End dead? If you’re after a Cockney: ‘Oi! You all right then?’ and a tour of Jack the Ripper’s old haunts then yes. That’s all gone. Replaced by shining high towers of steel and glass, with central heating and air-con and peppered with Pret sandwich shops, Boots and the odd Dirty Burger restaurant.

But if you ‘take a butchers’, you’ll see the old East End mixing it up with the new trendy evolved, and really…it ain’t half bad.

As always, may the road rise with you,