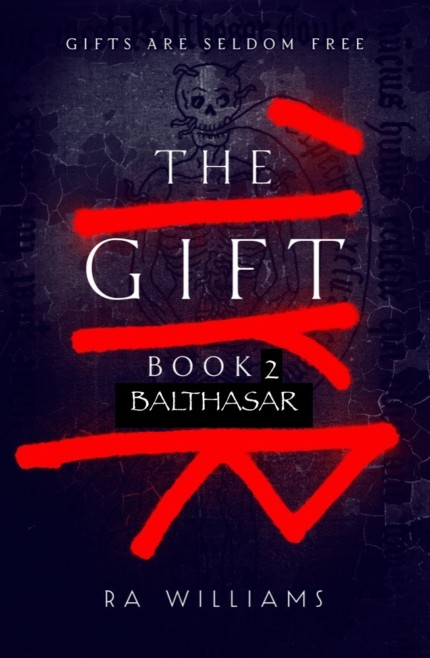 The Wastes. Southern Carpathians. 1218. A time of upheaval. A young noble leads two companies of Britannic archers through Eastern lands so wild and horrific it is known by Serb militia, Turk and Saxon mercenary alike as “The Wastes”. A place of butchery like Balthasar Toule has never witnessed. It is here – as a mortal – he first encounters Wilderzeichen. Attacked by a Crimen he escapes, only to be taken by a banshee. Her beauty enchanting. She takes him. He shall be her Sentinel. But Balthasar the Good fights off the want for human flesh and thus breaks from the Guilty’s curse. But not the desire.

Thus begins an immortal life of misery. A life where only killing Siobhan can give him peace.

Seven centuries pass. 1940. Folkestone. Royal Navy Lieutenant Eleanor Annenberg watches as the Battle of Britain rages in the skies above The Leas. War has come. She has been without Balthasar for a year. Soon enough they are rejoined and begin the hunt anew. A hunt taking them to London’s Highgate Cemetery in the midst of a Blitz. They fight a running battle against a Crimen hive. A costly mistake returns them to Folkestone where Elle encounters the Mohawk.

He brings a message from Siobhan. Ascension. It has begun.